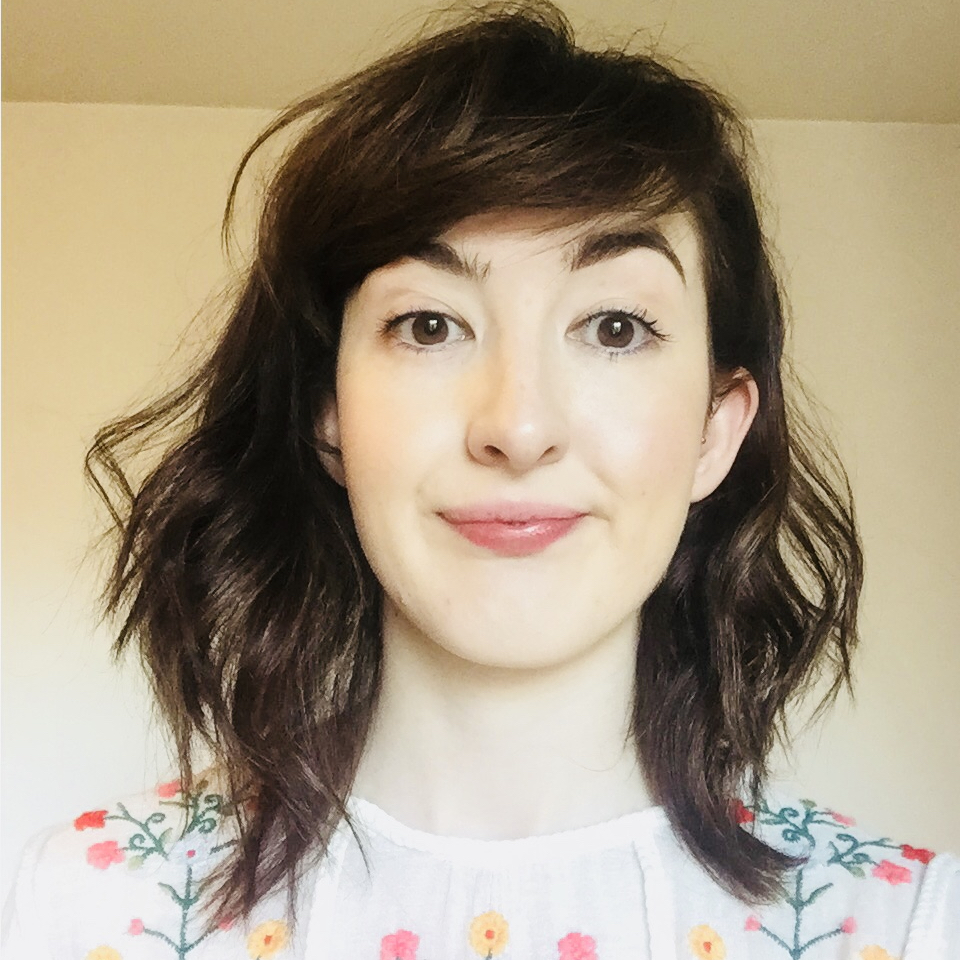 My final meeting with the IDL fab five was with Rosa an incredibly intelligent, passionate and chatty young woman from Northern Ireland (about 30 miles south of Belfast). Over the course of our coffee we covered history, politics, theatre, literature, film, world travel and crazy part time jobs. Somehow we managed to cram in a bit of time to talk about Rosa too.

Growing up in a beautiful, rural but remote part of Northern Ireland Rosa knew from an early age that she wanted to explore the bigger world out there and she has certainly had some adventures on her journey so far. She comes from a big family (Rosa has 34 cousins) and home is a beautiful pub and hotel which has been in the family for over 300 years. It doesn’t look like Rosa is following the path to becoming a publican but she is building her dad a website for the family business. Her mum and her five sisters are all art teachers so like some of her IDL counterparts there is a clear early art influence here.

Rosa has a love of film that started early on in life and her dream was to be a movie director. I commented on this seeming perhaps precocious, an early sign of her clearly inquisitive mind as surely when so young most kids are just thinking about what is going on in front of the camera and not behind. She talks of devouring movies in long sittings at home or travelling miles on the bus to catch the latest release at the cinema. Rosa talks with passion and references her English and Drama teacher at school “who helped make me who I am” but it was “A Midsomer Night’s Dream that did it for me”. Exploring the multiple meanings of words and phrases gave Rosa a buzz (see also Evan) and passion (a word that occurs frequently in conversation with Rosa) is clearly important to her. Of the younger Rosa: “Death of a Salesman – I cried my eyes out”.

It was not surprising that Rosa decided to study Film and English Literature at University which brought her over to Glasgow. I marvelled that the 17 year old Rosa travelled to Glasgow on her own to visit Glasgow University unfazed as a young girl in a big city. She chose Glasgow as it was far away enough to be an adventure, but not too far and she fell in love with the university. Notwithstanding, four years of study and many exciting unpaid film gigs aside, Rosa finished her course deciding film just wasn’t important enough (perhaps similar to Julia’s perception), the culture and the network was pretty hard to break into (echoing the experiences of Patrick) and she “gave up on the film dream”.

Returning home, Rosa completed a TEFL course seeing this as a gateway to her next adventure and it certainly was. As soon as her course was up she was offered a place teaching young children in Shanghai. Rosa loved Shanghai but the experience was slightly terrifying as she was in a remote location without the language or a network.

This did not hold her back. After a year of teaching a friend in a bar suggested she try copywriting and connected her with a contact. Rosa soon found herself in the global marketing team in Shanghai for the world’s largest sex toy company. The experience was great and informative but after a year in copywriting Rosa decided she wanted a “harder science”, by which she meant coding.

Our conversation so far had circled around books, films and theatre so I asked where the coding idea came from. Rosa explained that she studied coding as a child and the thrill she got when something worked was amazing – like nothing else. It stirred her passion. So it was back to Glasgow University where she completed a masters in Software Development with a distinction. She said it was a brilliant course and noted the gender balance of the course was 65/35 M/F which she saw as relatively promising.

Rosa landed a job in a software company pretty quickly but she realised this was not where her future lay and was delighted when she picked up a tweet from Screenmedia promoting the BIMA/TRC Inspiring Digital Leaders programme which has “been brilliant”. It ticked all her boxes and in fact one of the first things she said when we met was to say of the programme “its so good” (you need to insert Rosa’s passion on top of that statement for full effect).

I asked if the programme met expectations and Rosa responded saying she enjoyed the multiple projects of agency life, she likened client services to being an Orchestra Conductor. Quoting David Ogilvy she talks through the challenges of copy writing noting how the principles have not changed.

The jury is out on whether her heart lies in back or front end development, and whilst Rosa is clear she wants to fine hone her dev skills she certainly has her sights set on a bigger picture. Her intelligence, passion, intrepid nature and evidently hard working nature will clearly enable Rosa to attain whatever her future goals are going to be.

Find out more about the passionate Rosa