Sony Music Entertainment, Spotify & 4th Floor Creative, finally revealed its showcase picks for this quarter’s theme: Reduce. The Council toiled through a number of entries, and have picked out 6 pieces of work they think stands out as the best of the best, with one of those 6 collecting the special council’s choice.

You can see all the selected work below with links to their creators, we shall also be championing some of the other best picks on our Instagram page so give us a follow.

The BIMA Creative Council loved the game changing nature of AKQA’s work and the real world action that the initiative is taking. It’s the type of work they want BIMA Beat to be defined by and it’s work that is really making a difference. Take a look at the full project here. 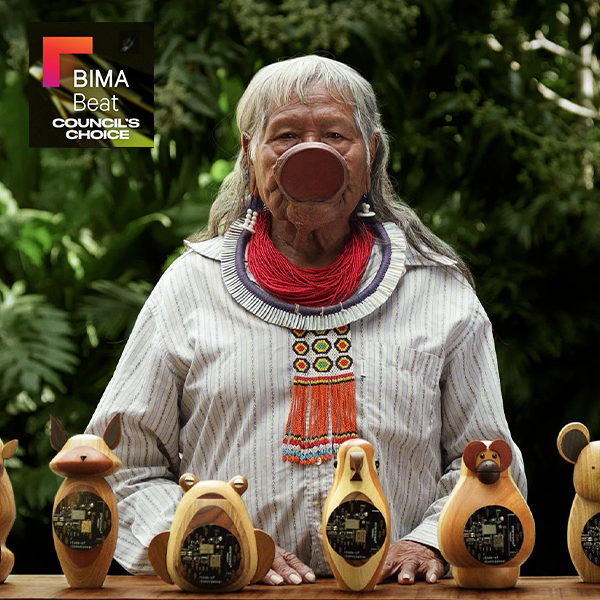 Despite its protective status, one-third of the world’s nature reserves are under threat from human activity. It’s hard to stop humans from destroying our planet, but we can stop the machines they use. In collaboration with NGOs from all over the world, AKQA is launching an open source software called Code of Conscience that restricts the use of heavy-duty vehicles in protected land areas.

Code of Conscience uses open-source mapping data from the United Nations World Database on Protected Areas – updated monthly by NGOs, communities and governments – in conjunction with existing GPS tracking technology that’s installed in construction vehicles, to autonomously restrict deforestation crews from entering protected zones. A small, low-cost chip has been developed to equip the code into older, non-GPS models, and the software is available for free to everyone on CodeofConscience.org

An invitation comprising the Code of Conscience chip embedded in a wooden sculpture of an endangered animal has been sent to the CEOs of the world’s top-ten construction equipment manufacturers, with a vision for all new machines to leave the factory with Code of Conscience pre-installed.

Chief Raoni Metuktire – the most prominent Native Brazilian leader and a living symbol of the mission to preserve the rainforest and its indigenous culture – affirms the urgent need for action: “May all heavy machine manufacturers and leaders come and see this. So that the tractors operate, but stop when they reach our land, our forest and so it continues to exist. It is for our awareness and for the forest to stand up.”

“The illegal destruction of nature affects everyone, whether through the reduction of biodiversity, violence against communities, degradation of soil, or the heating of our planet” explains AKQA executive creative director Hugo Veiga. “Code of Conscience now invites heavy-duty vehicle manufacturers to become part of the solution to these critical global problems. And it’s clearly economically viable; while it may deter some operators who wish to break environmental laws, it will attract the growing number of responsible organisations who recognise the strategic value in supporting the rainforest amidst an increasingly environmentally conscious world.”

Code of Conscience has been developed in partnership with the Raoni Institute, which represents the Kayapó indigenous group and its mission to stop unfettered Amazonian destruction, as well as the Amazon Environmental Research Institute (IPAM), and the Peabiru Institute which promotes social diversity throughout the region. The ambition is for Code of Conscience to become federal law.

The Council thought Wholegrain Digital’s work was super simple and easy to use, whilst also shedding light on an issue that every business can contribute to. Take a look at the full project here. 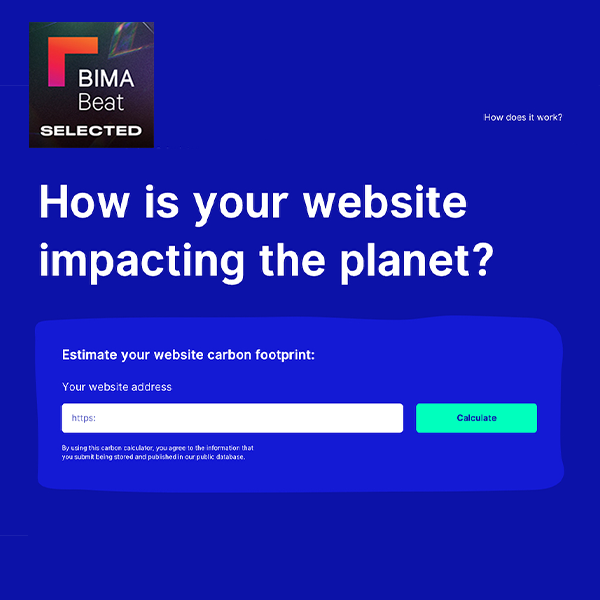 Website Carbon is the world’s first carbon calculator for websites, raising awareness of the carbon impact of the internet and helping business owners take action to reduce the impact of their digital presence.

The internet accounts for 2% of global carbon emissions, and this has been rapidly increasing, yet awareness of this within the digital sector is still minimal. What’s more, until recently, there was no way to calculate the emissions of a web page or know what could be done about it. Within a year, the first iteration of Website Carbon had estimated the carbon emissions of thousands of websites, and, across those who had tested their sites more than once, there was an average reduction of 0.5g CO2, showing that people were taking action to reduce their impact. If those sites have on average 5,000 visits per month, then the amount of CO2 saved across all 10,650 of them that have changed would be more than 307,000kg per year.

The recent redesign of Website Carbon is tailored to make it even more simple, easy and enjoyable for people to find out the impact of their website on the environment, and includes suggestions of specific, simple actions users can take to reduce their website’s emissions. What’s more, it is in itself an example of low carbon web design. 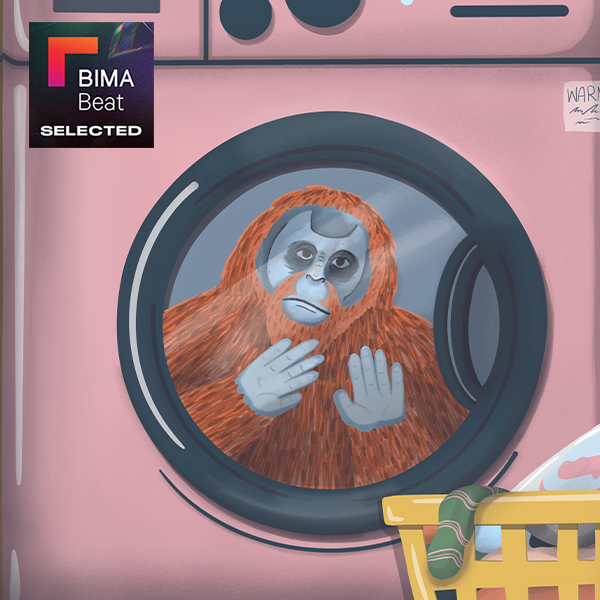 I was tasked with creating a response to the theme ‘Our Planet’ and chose to create five digital illustrations based on the topic of Palm Oil more specifically focusing on Orangutans. Focusing on the various products we use palm oil for I started by researching the items we make and use which contain palm oil. Wanting to avoid some more common representations I then looked more closely at the harmful affects we cause towards Orangutans by removing their homes and source of food.

COUNCIL SELECTION: I Ain’t Buyin’ It! By Manifesto

The BIMA Creative Council loved how Manifesto reversed the age-old tradition at Christmas of gift-giving and combined it with a real change-for-good initiative. Take a look at the full project here. 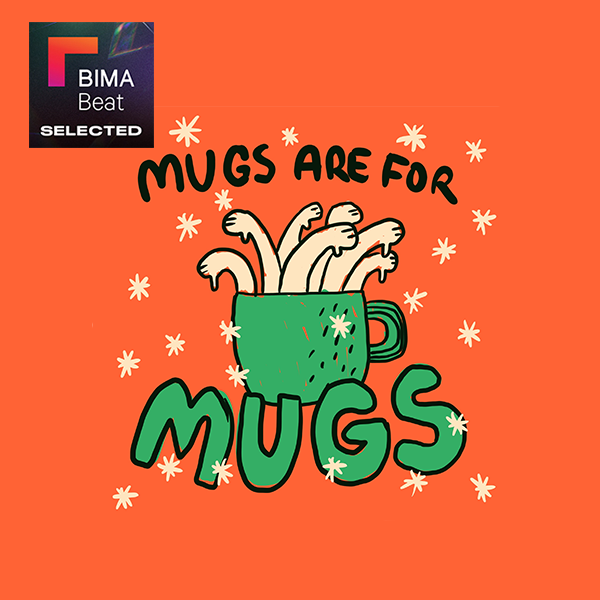 Manifesto are working hard to be mindful of how sustainable we are, and where we can be kinder to the environment. We thought Christmas was a great opportunity to share our thinking, in the form of our I Ain’t Buyin’ It campaign!

An estimated 103,000 tonnes of plastic waste was unwrapped on Christmas day 2018. That’s one in every five gifts – 120 million items – destined for landfill. Some of this plastic waste came from Secret Sant – where families, colleagues and friendship groups are randomly allocated one person to buy for, usually within a price limit.

This Christmas, we ditched Secret Santa and all of its plastic waste, and said “I Ain’t Buyin’ it!”. Instead, we spent that time and energy enjoying the company of our colleagues, promoting quality time and encouraging others to do the same. Bearing in mind the risk of being seen as the office scrooge for calling off Secret Santa, we crafted a persuasive argument to help people recruit their colleagues.

Our Experience team created festive games, including ‘The Gif that keeps giving’, and a virtual ‘Nice List,’ featuring charity gifts and memberships, for those who, really had to buy something. We encouraged people to use #iaintbuyinit, and created a downloadable image to go alongside people’s social posts.

We also offered instructions on how to make a box of secret salutations, an anonymous and plastic-free way to spread love and festive cheer at the office party.

We built the campaign on a sustainable website (https://manifesto.co.uk/iaintbuyinit/), which meant that (based on testing) 0.35g of carbon was produced per visitor. Tests show that 190g of website carbon is equivalent to making four cups of tea (with cows milk)! Our website is less polluting than 84% of the 60,000 websites tested, which we think is pretty awesome.

The campaign was directed at employees of other organisations through LinkedIn, Twitter, Bing search ads and direct email to clients and friends of the agency. We focused on the message that sustainability is forever, not just for Christmas.

BIMA’s Creative Council thought Lee’s work was incredibly moving & powerful, and especially liked how it fit the theme in an interesting way. See all of Lee’s work here. 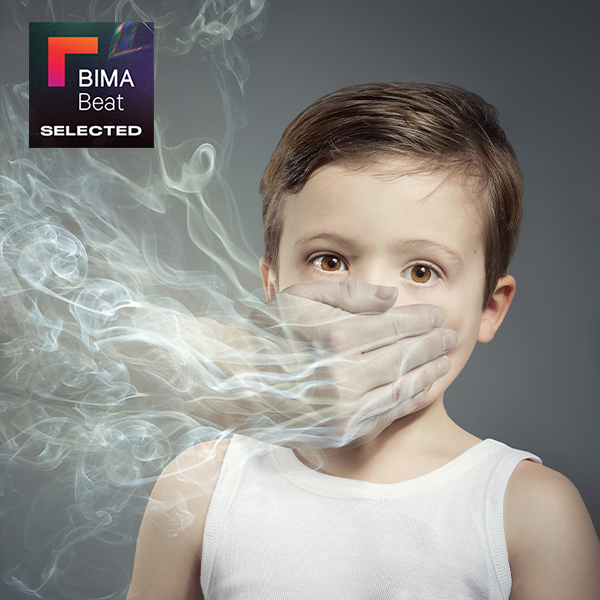 ‘Choking their future’ is an Anti-Smoking series highlighting the damage passive smoking does to children. Since 1964, approximately 2,500,000 ‘none’ smokers have died from health problems caused by exposure to secondhand smoke. More than 24 million or 37% of children in the US have been exposed to secondhand smoke which can lead to future health problems in later life.

BIMA’s Creative Council thought Vitamin’s work was fresh, exciting & timely as society makes companies more accountable with each passing day. Take a look at what Vitamin are cooking up here. 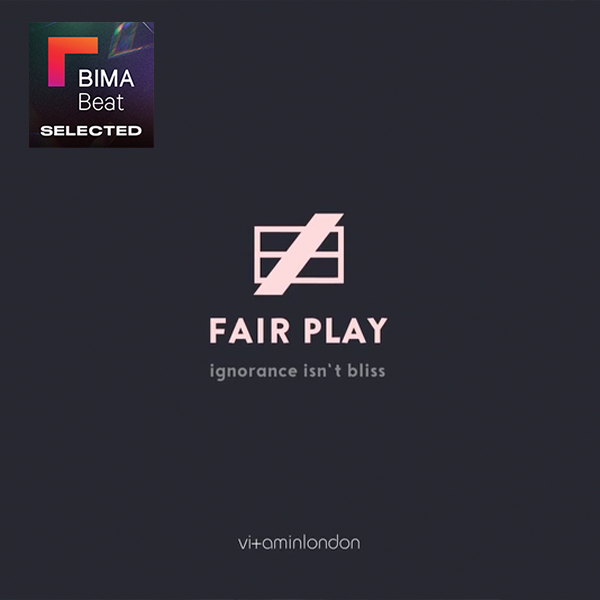 Everything we do has an impact; the way we eat, the way we talk, the way we travel. It’s understandable why we don’t prioritise or redefine these behaviours when we live in a culture which is so focussed on the superficial; often feeling as though we’re trapped in a system that’s hard-wired for impulse decisions and a quick pace of life.

Fortunately being designers, developers and general makers of the products which power these services, we have the ability to reimagine a system that’s neglecting so many knock-on environmental effects. As our research on these effects narrowed, a key contributor and equally prominent buzzword kept appearing; Fast Fashion.Fast fashion is second only to oil as the world’s largest polluter, responsible for high carbon emissions, wastewater production, and large amounts of landfill waste. The social costs are equally high, with unsafe working conditions and long hours with minimal pay for workers.

To even attempt solving such a huge inherent issue means beginning from the foundations, and considering every minor victory you can achieve. We needed this to be the cleanest, most rounded and effective product possible, to counter the vast global impacts at hand. Our response is a set of seamless, responsive touchpoints for the daily life of users; A free location-driven app, a free browser plug-in and free smart-watch integration to help people understand more about the products they buy, and ultimately understand which of their favourite brands are playing fair.

If you want to get involved with BIMA Beat and submit work for the next theme, please click here.

I’ve been part of BIMA since 2018 and has seen the community reach new heights. As Membership Development manager its my job to make sure that we are constantly growing as an organisation, both in numbers but also in achievements. It’s our goal to be in as many regions as we can over the next few years, and to expand BIMA’s offering to have something for everyone, we are looking towards Gaming, Fintech & more as our key areas to develop, whilst also expanding our offering for the nearly 400 incredible members we currently have.

Always feel to drop me a message if you would like to chat, I love new ideas and perspectives! – anthony@bima.co.uk